Book Review: The Islands of Taiwan by Richard Saunders

Richard Saunders’ book The Islands of Taiwan provides a comprehensive backgrounder for anyone thinking about exploring Taiwan’s distinct island environments. It’s a valuable manual for how to get around and get the most from these exciting parts of the country. 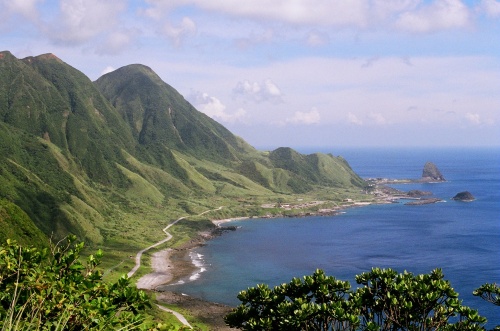 Stepping off the boat you can feel like you’ve arrived on a mysterious tropical island in the Pacific Ocean — and you basically have. Despite its beauty, Orchid Island reflects the realities of modernity and decades of colonialism by various external cultures.

It’s always quite hard to believe how Taiwan can have any areas of landmass NOT occupied by people. Famous for the severe density of the population of its cities, it might be a logical extension to assume that the whole country is teeming with people.

The opposite feeling is exactly what you get in the mountains of Taiwan and to a large extent the islands of Taiwan. In fact the islands’ distance from Taipei, their physical and psychological remoteness, compounded with the circumstances of their recent history, makes these places a dramatic contrast to the bustle of Taiwan’s major cities.

QinBi Village could be a small town on the side of a mountain in the Mediterranean, instead it is an old pirate holdout just off the coast of China. Matsu’s mix of local architecture and KMT military history is a key attraction for many visitors.

While travel books from the key publishing houses tend to highlight Taiwan’s islands as a “must see” for any Taiwan itinerary, their broader focus on Taiwan’s most famous sites and cultural features leaves them little room for much specifics or local detail.

Richard Saunders fills in the gaps of where these other travel guides leave off. His locally produced and nicely written The Islands of Taiwan should be a compulsory “how to” manual for anyone getting off the Taiwan “mainland” and heading out to these relatively unknown outposts. 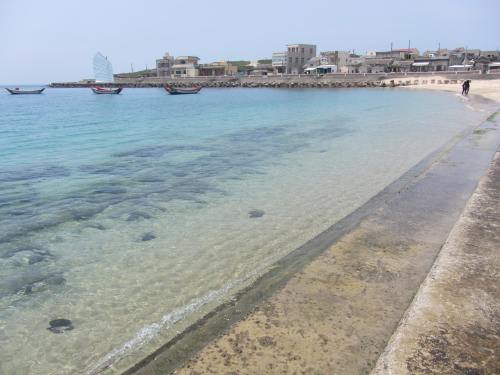 Within Taiwan, Penghu is famous as a holiday destination during the pleasant weather of late spring to summer. As well as some beautiful beaches and spectacular rock formations, Penghu also offers the most urbanized lifestyle of Taiwan’s outer islands for those tourists bored by the layed-back seaside lifestyle.

As the sub-title of Saunders’ book explains, this is a guide to the islands of Penghu, Kinmen, Matsu, Lanyu (Orchid Island), Ludao (Green Island), Xiao liu qiu, and Taiwan’s smaller north-east coast islands.

Saunders provides explanations for transport to and from these parts – by sea and air – and the best and most likely times you can visit during the year. As you can imagine for any small land mass surrounded by water, the weather plays an important part in gaining access to and enjoying the islands at their best.

The author provides a few choices for accommodation and perhaps more importantly advice for lining up places to stay. He also throws in a smattering of places to eat, and you get the distinct impression many of these are his favorite hangouts. 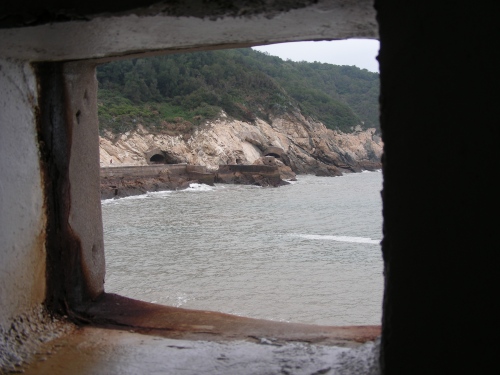 Taiwan’s historical frictions with greater regional powers — both Asian and European — are recorded for visitors to see across many of Taiwan’s outlying islands, most notably on Matsu and Kinmen.

Saunders’ information reflects the thorough research that comes from personally experiencing the places he talks about. No doubt his years of hiking across all corners of Taiwan and the many books and articles he has written about these adventures are ample evidence of his passion for exploring places he’s never been to and then writing about them.

The Islands of Taiwan is divided into a section on each major island group, which is then subdivided into smaller islands, cities/towns, or geographic areas. What appear to be hand-drawn maps include essential points of interest labelled in English (and pinyin) – though maps you can get from a tourist center on arrival might help to provide even more specifics about streets and other local details.

Beyond the natural beauty of many of Taiwan’s outlying islands, the evidence of past prosperity is another great feature to learn about and appreciate.

Saunders imbues his friendly writing style with an obvious enthusiasm for the places he’s visited, and he provides his own list of “Don’t Miss” items at the beginning of each major chapter. That said, he also comments on those places or things he feels aren’t that great; ugly modern architecture being one of them.

This extract gives you a sense of the author’s witty and evocative writing style:

“…a few meters further steps lead down to a far more spectacular place, the Suicide Cliff, rightly Dongyin’s most famous site. It’s just a few meters from the road to the end of the natural, diving board-like tongue of land that extends into this fearsome ocean-eroded chasm, but the view down the sheer cliffs to the rocks a hundred meters below is spectacular and is guaranteed to give vertigo sufferers a severe case of the willies.” (Page 172, The Islands of Taiwan)

The book is illustrated with color photos of the main attractions on each island, while an even larger selection of black and white photos depicts many of the other things you will see at each location. Saunders’ own website provides the color versions of these photos and is well worth a look if you haven’t yet visited these places. http://taiwanislands.wordpress.com

Available from bookstores like Eslite and Caves for around NT$500, the 2013 version of the book has an eye-catching shot of Matsu’s picturesque QinBi Village on the front cover.

If there is any criticism to be made of the book it is the very serious attempt to create a bible for travelling around Taiwan’s islands and thus the fairly familiar “traveller’s guide” format of the publication. Without impacting the value of the information, the book may have been structured in other ways, such as according to things of interest (cultural, historical, gastronomical, ecological, etc). All these things are touched on and referenced, but never dealt with as topics on their own. The focus of the book remains practical and logistical throughout.

As stepping stones for maritime travel along the coast of China and between China and other places, Taiwan’s outlying islands feature lots of historical evidence reflecting the wealth and sophistication of the societies that once lived there (and still do).

The hand drawn maps should have provided a stylistic clue as to how the rest of the book might have been designed – which again isn’t helped by the disappointing over-reliance on grayscale images to provide visual evidence for the beauty and curiousness of these wonderful places. It’s probably a result of being published to a tight budget without the guarantee of a large international audience and a big marketing machine to promote it.

Despite these quibbles, The Islands of Taiwan is a useful and often insightful exploration of some of Taiwan’s best kept cultural, historical and ecological gems. In the words of the author himself:

“Whether you’re looking for history, culture, natural beauty, wildlife, a beautiful sandy beach, or simply a few day’s break away from the fast pace of life in Taiwan’s big cities, the outlying islands have a great deal to offer.”

For someone who has also visited many of the places mentioned in this book, I can’t agree more.

Hundred’s if not thousands of years of migration both from China and regional islands have created interesting pockets of human development throughout Taiwan’s island groups. Whether its the Tao on Orchid Island, the remnants of Xiamen merchants on Kinmen, or new immigrants from Taiwan proper, each of the islands has their own unique historical flavor and modern predicament.